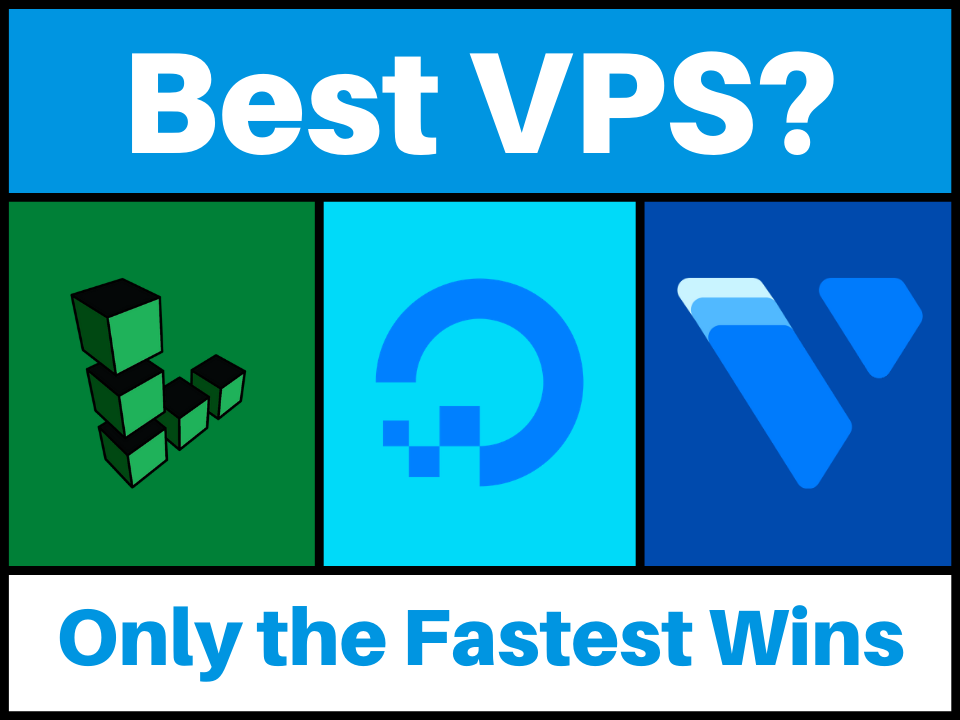 The big 3 cloud VPS hosts:  you got Linode, Vultr, and DigitalOcean. On the surface, these hosting providers seem identical. Across the board, each offers an entry level VPS with 1 CPU core, 1 GM RAM memory, and 25 GB SSD storage for just $5/month.

However just because pricing is the same doesn’t mean performance is identical. One of these companies has a superior infrastructure and therefore can deliver web pages faster than the others.

But which one comes out on top? Is it Linode? Vultr? How about DigitalOcean?

I made it my mission to systematically determine which $5/month cloud VPS host is the fastest. To do this, I turned to my good old friend:  sitespeed.io, a suite of free open-source tools that measures the performance of a web site.

Through a series of 1,800 individual page speed tests, I was able to determine the fastest cloud VPS. But let me first explain to you how I conducted these tests.

I wanted the websites on a server in the US, so when I looked at the common locations, it was either New York or San Francisco. I chose New York.

While Vultr has 16 global server locations, Linode has 11 and DigitalOcean has 10 datacenter regions. As you’ll soon find out, the distance from your visitors to your websites server has a big impact on how fast your pages are delivered.

To ensure a level playing field, I created a very basic WordPress website with a 1,500 word blog post. I took a snapshot of the website and uploaded it to each of the 3 hosting providers in New York.

Although I cleared cache between each individual test, each website had installed the latest version of my five favorite WordPress plugins for optimal site speed.

Next I needed a testing location. I fired up a Linode test server in London and ran a series of 100 page speed tests on each of the 3 websites back in New York.

Across the board from server response time (i.e. time to first byte (TTFB) to the page being fully loaded, Linode was the clear winner.

But this was very biased to conduct a test using Linode as the test server. So I spun up another test server in London, but this time with Vultr. I ran the same series of 100 page speed tests on each of the 3 websites in New York.

Again, Linode came out on top across the board for every single page speed measurement.

Finally to be fair, I conducted the same set of tests. This time still in London, but from a DigitalOcean test server. As you could probably guess, Linode dominated every single individual test yet again (full test results below).

Now at this point, it really seems like Linode is the fastest cloud VPS, but I wanted to be super sure of this.

So I moved the test servers from London to San Francisco and ran the same set of tests again:  100 tests to each website in New York from a Linode test server, repeat the series of tests from a Vultr test server, and finally one last time from a DigitalOcean test server.

Linode had the fastest test results again for all tests except when testing from the DigitalOcean test server.

Although Linode had the fastest average server response time for this set of tests, it fell slightly behind DigitalOcean by 11 ms when measuring page load time. Furthermore, out of the set of 30 tests, this Backend Time test is the only one where Vultr came out on top, but not by much at all. 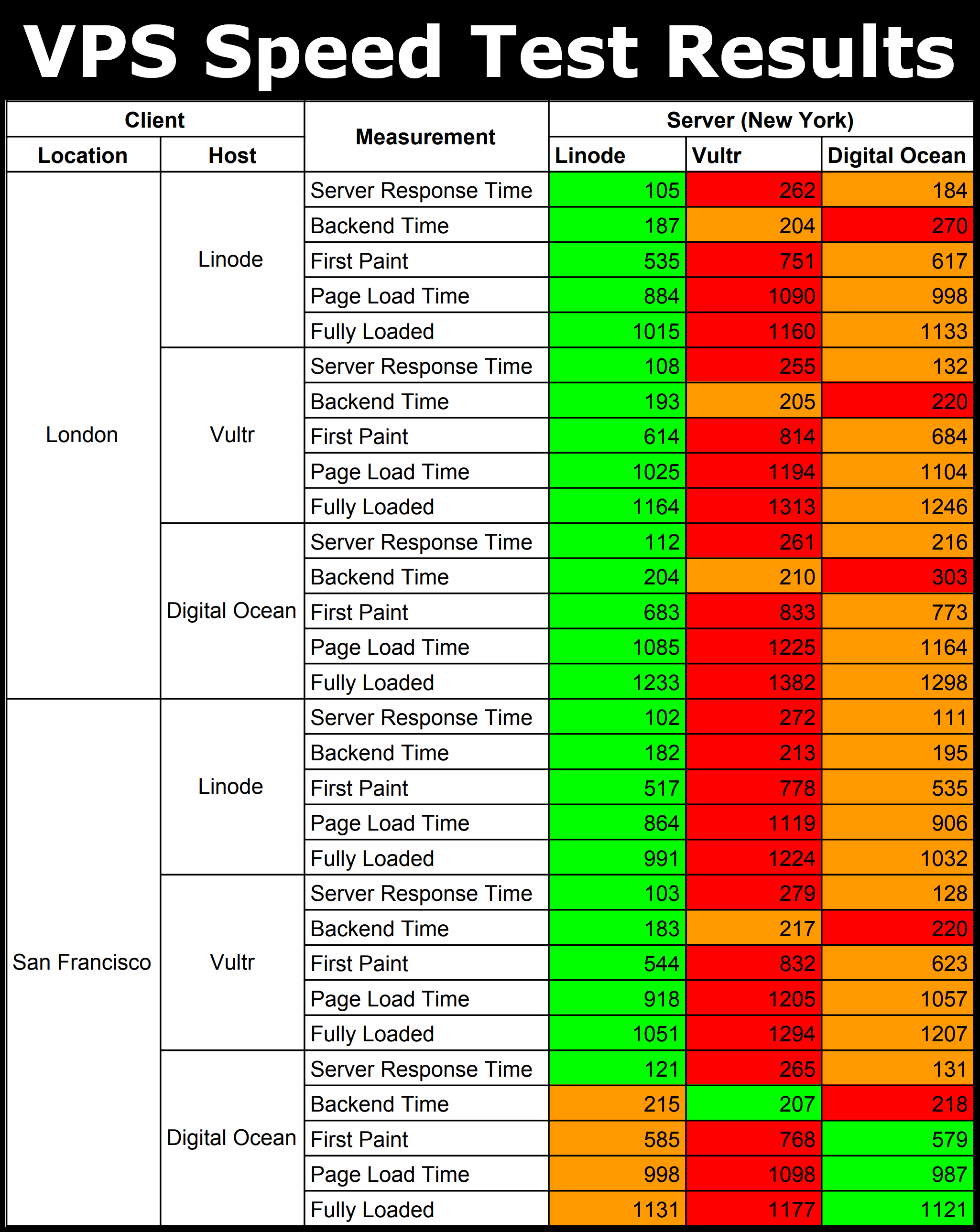 In the end, when you look at the spreadsheet of the raw test results above, you can clearly see how these three VPS cloud hosts compare to each other. The fact that Linode dominates most page speed tests and only falls behind by a bit in a few tests says a lot for this hosting provider.

The best part of all this is that it’s super cheap to get started with any of these cloud hosts. For me to conduct this VPS speed compassion with 9 different servers over the span of 24 hours only cost me $1.51 total.

Here are my personal invite links, most of which will give you free account credit to test out their platform.

Please note that the promotional credit is added to your account after signup.

While I personally always want my websites to run on the fastest infrastructure, I encourage you to check out each one of these cloud hosts to determine which one meets your needs.

If you have any questions about hosting a WordPress website on one of these VPS providers, let me know in the comments below.

This blog is all about helping you get your business online without hiring a web developer, so if that’s something you’re interested in, check out some of my other web hosting posts here.

4 thoughts on “Linode vs DigitalOcean vs Vultr VPS Hosting”