How to Make an SSH Proxy Tunnel 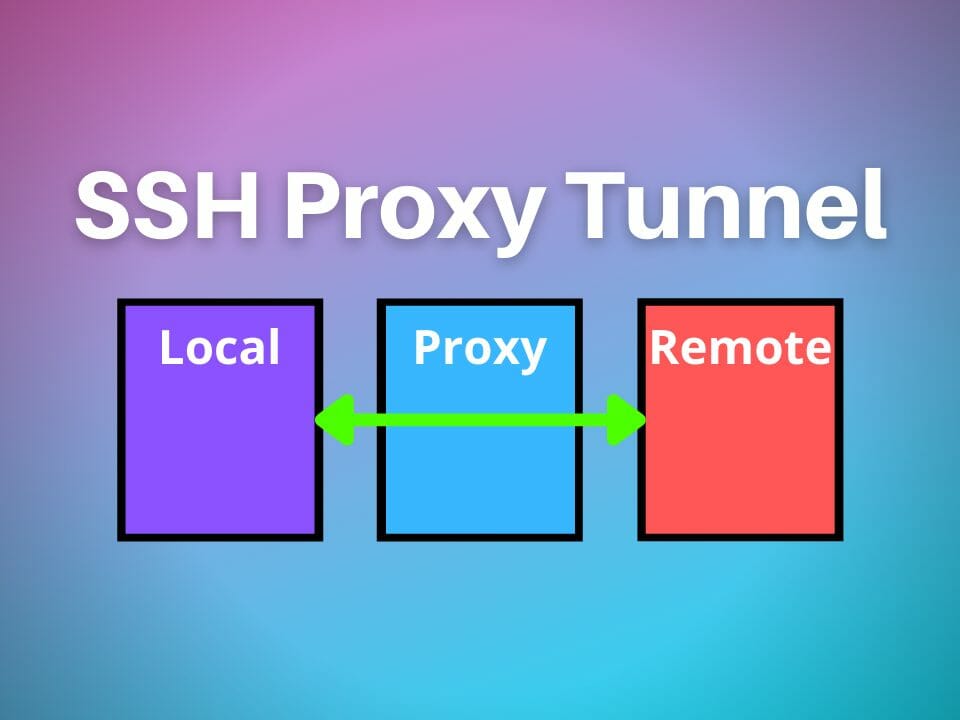 Learn how to setup an SSH tunnel proxy server as an intermediary between a local computer and remote server that has an inaccessible resource or service.

Let’s say there is a service on a remote server that is running on port 80 (the private server). You want to access this service from your local computer, but the only way to access it right now is from another server (i.e. the proxy server).

Since you have SSH access to the proxy server, you can send the remote service over the SSH port via a tunnel.

The command for establishing an SSH proxy tunnel looks like this.