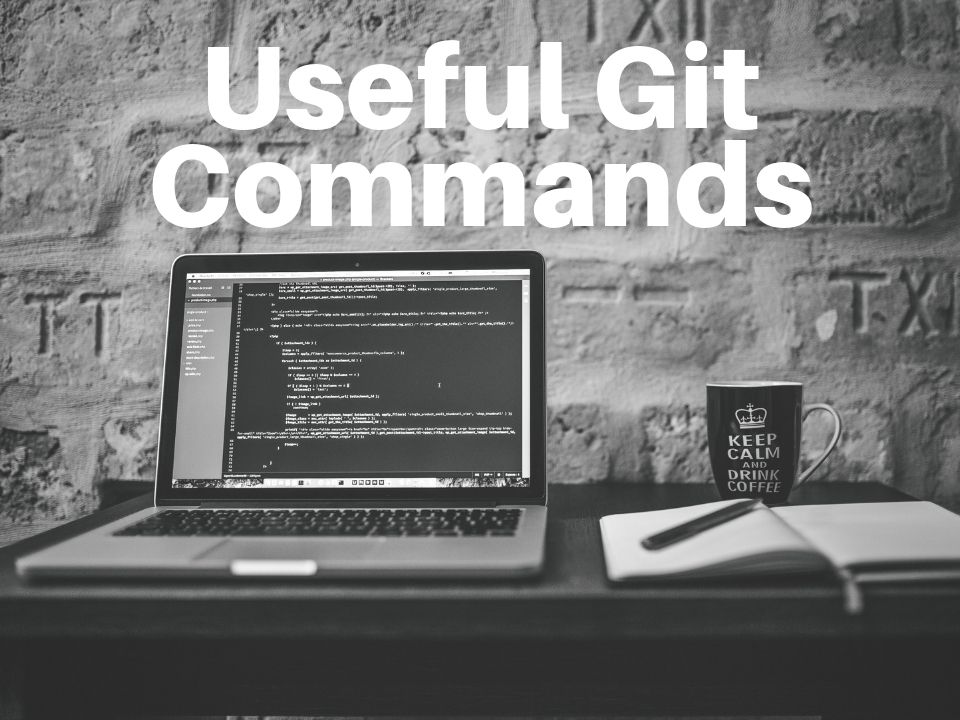 When I was using Git on a daily basis, I compiled a list of useful Git commands for my own personal use. Rather than keep these Git commands to myself, I decided to write this blog post and share them with you.

Let’s start out with a simple yet commonly used git command—creating a Git branch. Although this one is basic, I find myself looking it up all the time.

Sometimes it’s useful to tag a Git commit. Consequently, you can associate an annotated Git tag with the most recent commit by issuing the following command.

One of my favorite Git tricks is this one, especially when working with new or large repos. You can search through the entire Git log history for a specific string with this command.

If you find yourself needing to edit a Git commit message, you can easily do so with the amend flag.

In addition to displaying the default author, commit hash, date, and commit message, you can also print out a list of files changed for each commit.

6. ASCII Graph of Commits and Branches

Here’s a beautiful way to display an ASCII graphical representation of your repo’s Git tree and history.

7. Another ASCII Graph of Commits and Branches

I present to you another way to display a textual representation of you Git tree and history. I recommend you alias this command with git hist or similar so you don’t have to memorize it. In fact, there’s so much you can do with git log. I’ll refer you to the git log docs for more.

8. Diff a File Between Two Commits

Often times, you may find that you want to know what has changed in a file from one commit to the next. As a result, you can determine this by passing the commit hashes for the two commits of interest followed by the name of the file.

If you have already staged changes using git add, you can see what these changes are by issuing the following command.

10. Create a Patch Based on a Git Diff

You can create a patch file based on a git diff with the following command. This is useful if you want to send somebody your changes and don’t have a remote repository set up or accessible. The result is essentially a file containing unstaged changes made.

Finally, this is how you apply the patch file from the previous command.

Although this post isn’t specifically about software development, the reason I am familiar with Git commands like these are from my six years as a software engineer. Consequently, check out some of my other software tutorials here.

Also, if you have any questions, let me know below.