How to Install Workrave on Mac

Although Workrave isn’t officially supported on macOS, it is possible to install this software on your Mac. Some features may not work as expected, but it is my understanding that developers are actively working to make Workrave Mac-compatible.

Workrave is a program that reminds you to take breaks while working at your computer. The program assists in the recovery and prevention of Repetitive Strain Injury (RSI).  Workrave also has really cool statistics about your computer usage such as:

If you are on Windows or Linux, you can download an officially supported installer from Workrave’s download page.  For you Mac users out there, you can follow this tutorial to install a semi-working version of this program. 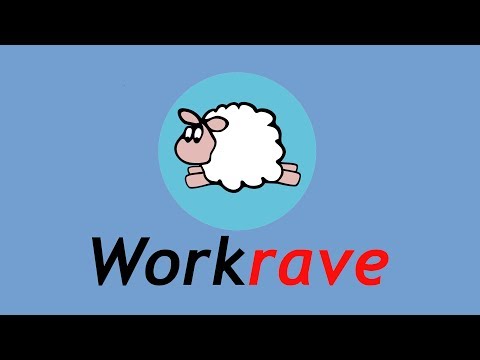 To install Workrave on Mac, open a Terminal window and execute the following commands. This assumes you have brew installed which is super easy to install.

These commands may take a few minutes to complete.  When finished, the Workrave program will be installed at /usr/local/bin/workrave.

You can have Workrave automatically start when your computer turns on. To do this, create a /Library/LaunchAgents/com.workrave.plist file as the sudo user with the following content.

Now, every time you turn on your computer, the Workrave program will automatically start.

Issues with Workrave on Mac

Unfortunately there are issues with running Workrave on Mac. I had to turn on Quite Mode because the program crashed when it tried to display an alert to take a break. Also, keystrokes and mouse clicks are not being counted.

I will update this tutorial as more stable versions of Workrave are released. Until then, be sure to take breaks from your computer, and take them often!

Let me know in the comments below if you need help with any step of this tutorial.

10 thoughts on “How to Install Workrave on Mac”